Quite the whipsaw in the last 24/48hrs in the Australian Dollar, the surprise US CPI data prompted the Aussie to fall to fresh cycle lows. However, yesterday’s comments by Fed’s Waller and Bullard have led to a modest retracement. Both Fed Officials, who keep in mind have been prominent hawks on the FOMC, stated that their base case remains for 75bps. That said, Fed’s Waller did add that he could move for a larger hike, depending on the upcoming US retail sales and housing data. A reminder as well, today we will also see the latest U. of Michigan Inflation expectations figures, which last month had been one of two factors leading to the Fed to hike 75bps and as we learned from Fed Chair Powell’s press conference, he does watch that data closely. Therefore, we will see greater clarity on the direction on the back of the upcoming data.

Away from US data, overnight saw the release of weaker than expected Chinese GDP figures with the yearly rate at 0.4% (Exp. 1%). A factor that does not bode well for the China-exposed Australian Dollar, nor does it for base metals such as copper. As such, risk sentiment will remain key for the high-beta currency going forward. 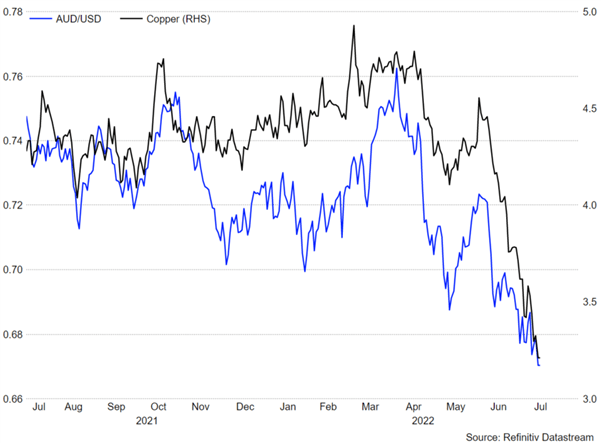 From a technical perspective, near-term resistance is situated at 0.6880 (200HMA) and 0.6800 (pre-US CPI level), which will be the first test of this current retracement. A reminder that the 200HMA has been capping rallies since June. For now, the bias remains to fade rallies, as risk sentiment remains fragile. 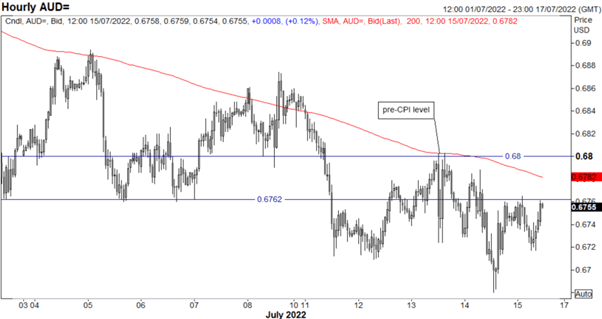 Euro Bumped up by US Dollar Weakness and a GDP Beat. Where to for EUR/USD?

Cryptocurrency market is ‘most mature’ in these 2 countries, new Huobi report reveals

Cointelegraph admin - December 8, 2022 0
Bitcoin (BTC) and crypto are only used by 13.7% of Americans, but they generate more exchange volume than anyone else.The latest data compiled...

Bitcoin (BTC) admin - December 8, 2022 0
The Bank of Spain is seeking the collaboration of organizations interested in participating in an experimental test on a wholesale central bank digital...

Cryptocurrency market is ‘most mature’ in these 2 countries, new Huobi...

Cryptocurrency market is ‘most mature’ in these 2 countries, new Huobi...